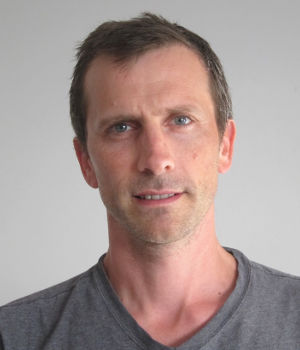 Many machine learning and signal processing problems are traditionally cast as convex optimization problems where the objective function is a sum of many simple terms. In this situation, batch algorithms compute gradients of the objective function by summing all individual gradients at every iteration and exhibit a linear convergence rate for strongly-convex problems. Stochastic methods, rather, select a single function at random at every iteration, classically leading to cheaper iterations but with a convergence rate which decays only as the inverse of the number of iterations. In this talk, I will present the stochastic averaged gradient (SAG) algorithm which is dedicated to minimizing finite sums of smooth functions; it has a linear convergence rate for strongly-convex problems, but with an iteration cost similar to stochastic gradient descent, thus leading to faster convergence for machine learning and signal processing problems. I will also mention several extensions, in particular to saddle-point problems, showing that this new class of incremental algorithms applies more generally.